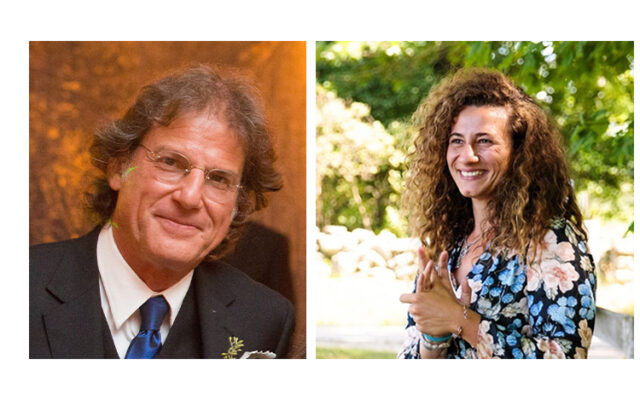 Maxmin, 29, is the youngest woman ever to serve in the Maine State Senate. She is an experienced community organizer. Maxim began to hone these skills as a student at Lincoln Academy in Newcastle by starting a Climate Action Club. Later, at Harvard College, she co-founded Divest Harvard (from fossil fuel investments), which grew to 70,000 supporters. In 2018 she was elected state representative. Two years later, after extensive grassroots campaigning using relational organizing – inviting people into a campaign by a friend or family member – she won her Senate race in District 13.

According to Maine AllCare Board Chairperson Dr. Henk Goorhuis, employing these very skills will be key to advancing the cause of universal healthcare which will cover every Maine resident.

Maxmin’s bipartisan, community-based approach to leadership has made a positive difference in the lives of her constituents – the farmers and fishermen, educators and healthcare workers, the small businesses…, everyone. Some of the laws championed by Maxmin including better access to insulin, property tax relief for seniors and veterans, expanded access to child care, are already in effect as of Oct. 18 of this year. She also supported a proposal to create the Office of Affordable Healthcare. It will help advise the Legislature on how to make the current P.L. 391, an Act to Support Universal Health Care aka “the Maine Health Care Act”, contingent on federal legislation, a reality.

The fact that Dr. Sussman has been an internist in Houlton for 42 years is most telling of his dedication to serve his community.

After graduating from Tufts University Medical School in Boston and completing his internship and residency at Cleveland Metropolitan Hospital, he came to northern Maine with the National Health Service. He established and ran his own practice for nearly four decades, then transforming it into a rural health clinic. During that time he also served as governor of the Maine chapter of the American College of Physicians, and was a board member of the Maine Health Access Foundation.

When asked why he joined Maine AllCare, Dr. Sussman’s answer was, “The present healthcare system doesn’t work for Maine. Only universal coverage will correct fundamental problems with access and equity.”

Dr. Sussman’s experience in working with multiple healthcare organizations will be vital to Maine AllCare in informing and advocating in the County, an area that received little attention during recent years. Aroostook County has a high number of uninsured at 13.8 percent, coupled relatively high incidents of cancer and heart disease. Both have negative effects on good health and productivity, particularly as they relate to small businesses.

The two new Maine AllCare board members, Dr. Sussman and Maxmin understand that the current insurance based healthcare system is not in the best interest of the people of  Maine. Not in the rural areas, nor the urban centers. We can and must do better. They, along with thousands of supporters are working to transform our healthcare system to provide comprehensive coverage equally to every resident – from Fort Kent to York and Bethel to Bar Harbor – no matter what your zip code.

For more information and to track the progress toward universal healthcare in our state please visit maineallcare.org.

Thank you for reading your 4 free articles this month. To continue
reading, and support local, rural journalism, please subscribe.

Service and advocacy help Ogechi Akalegbere live out love, and her faith, in action

How to reimagine the relationship between nonprofits and funders: Evaluation in…

How the infrastructure bill can close northwest Pa.’s digital divide

Community Rallies Around Families Displaced By Fire In Wallingford