At a well-heeled art gallery opening in Chicago’s trendy Cabrini-Green neighborhood, Anthony (Yahya Abdul-Mateen II), an up-and-coming Black artist, is trying to explain a piece he has created — a medicine-cabinet mirror with darkly decorated interior dimensions — to Finley (Rebecca Spence), an influential art critic, who has sauntered over to investigate it. “The idea,” he tells her, in the preening, self-conscious manner of the Artist’s Vision statement, “is to almost calibrate tragedy into a focused lineage that culminates in the now.”

“Didactic, knee-jerk cliches about the ambient violence of the gentrification cycle,” the critic sniffs back, and goes on to accuse his “kind” as significant contributors to the problem (she eventually explains she’s referring to artists, as opposed to Black people themselves).

Mind you, all this art world cribbing occurs in what is, essentially, a slasher film, albeit one laced with deeper affect, and substantive socio-political fire. Unsurprisingly, this refreshingly odd mixture of erudite and blood spatter comes, in part, from the mind of Jordan Peele, who co-wrote the script, along with Win Rosenfeld, and director Nia DaCosta.

It’s based on the 1992 film by Bernard Rose (in turn based on a short story by Clive Barker), but it’s not a remake, so much as an extension and enhancement of the original film’s premise. In fact, in one curiously entertaining section, the first film’s storyline — which had Virginia Madsen as a grad-school sociologist, interviewing residents of the notorious Cabrini-Green projects about the daily violence they faced, until she found out about the legend of the Candyman, a mythic apparition with a long, dirty trench coat and a hook for a right hand — is recounted by another character as a grisly-but-true ghost story.

That story is told one evening by Troy (Nathan Stewart-Jarrett), a young, wealthy Realtor, to his sister, Brianna (Teyonah Parris), a burgeoning art curator, and her live-in boyfriend, Anthony, the artist whose work is eventually given scathing treatment by the aforementioned art critic.

Anthony, heralded as a potential scion of the new art scene in the city, is hard at work on a series of works involving the notorious history of Cabrini-Green, and the brutal projects that rose up in mid-20th century, eventually becoming a paragon of public housing neglect and poverty. He roams about the fenced-off, deserted townhouses like a Man With No Name in a western ghost town, taking pictures, and immersing himself in the atmosphere.

There, he runs into a stray resident named William Burke (Colman Domingo), who runs a coin laundry nearby (in a subtle jab at the area’s recent gentrification, the laundromat is in the same plaza as a Pilates studio), who tells Anthony more of the history of the place, and the legend of Candyman, an avenging force, who appears whenever someone stares into a mirror and says his name five times.

Intrigued, Anthony delves deeper into the mythos, and, despite Troy’s later assertion that “Black people don’t need to be summoning s* * *!”, conjures up the Candyman (Tony Todd), and then watches in horror, as the bloodletting begins, eventually putting Brianna in serious danger.

The film works best as a powerful political allegory — “Candyman” isn’t one person, as Burke explains, it’s many, different Black people all brutally killed at the hands of white men, many of whom police — but even there, Peele and company offer up their own wry commentary on their treatise (Brianna, reacting to another one of Anthony’s Cabrini-Green paintings: “It’s a pretty literal approach,” she says flatly, “moving from the symbolism of violence to the actual depiction of violence”).

Interlaced with the many throat slashings and blood-gushings, there are some penetrating discussions of the economic pretenses of white-run cities (white people build the ghettos, one character states, to lower the land values there so they can eventually be bought on the cheap and gentrified into sleek, expensive neighborhoods), and a short history of the devilry of racist people in power (not for nothing does the film open with a shadow-play of a young boy re-creating the act of being chased down by white cops yelling “Hands! Hands!” over and over), and the collective need for the continual suppressing of such horrors to carry on with their lives.

There is still plenty here to mull over, and some impressive visual flourish — creepy shadow puppet animation plays a significant role, as it should — from director DaCosta (who is at this moment hard at work on a forthcoming MCU film, “The Marvels”). Narrativewise, it’s not the tightest package, and things take a turn for the unglued in the third act, in which the story has to take front and center, but there are so many relevant arguments and provocations in the film — including Anthony’s art, which itself is arresting — it’s hard to fault it for not hitting all of its slasher-flick marks right on the tape.

It’s not necessarily a horror film of jump-scares and — save, perhaps, for one bloody school bathroom scene with a bunch of female students — extended ghoulish sadism, but one of sobering ideas, and frightening realities, in modern American racial culture.

And that is, perhaps, the final element of the film’s meta-nature: It can depict gore, and flowing sheets of blood spilling onto a tile bathroom floor, but no imagery it can produce holds as much weight as the very real horror of this country’s long, tortured history of systemic racial suppression and endless, ritualized violence against Black people. Candyman might only appear if you say his name five times, but for many white people, truly looking at ourselves in the mirror conjures up plenty enough horror on its own. 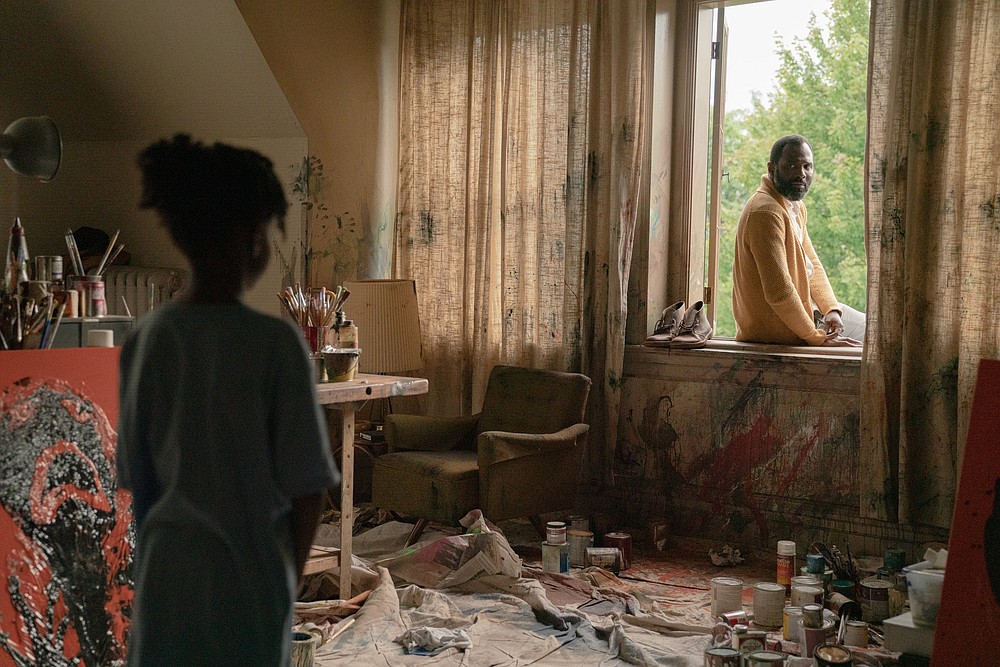 In a flashback, the young Brianna (Hannah Love Jones) visits with Gil Cartwright (Cedric Mays), who as a child had a close encounter with a man with a hook for a hand, in Nia DaCosta’s “Candyman.”

A Sociological Take on Creativity: Believe in the Unexpected

Is confidence a cult? These sociologists think so.

As I See It with Columnist Jon Huer: ‘The sociological imagination’

Courses in Sociology: Where to study and job roles