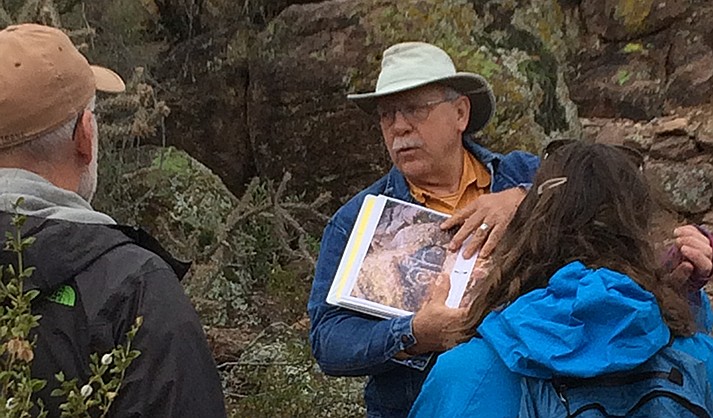 The meeting of the Verde Valley Chapter of the Arizona Archaeological Society begins at 3:30 p.m. Given the status of the viruses going around, masks will be mandatory except when asking questions of our speaker. Seating is also limited.

Native Americans in the U.S. Southwest developed sophisticated skills in astronomy and predicting the seasons, centuries before non-Indian peoples entered the region. In this presentation, archaeologist Allen Dart discusses the petroglyphs at Picture Rocks, the architecture of the “Great House” at Arizona’s Casa Grande Ruins, and other archaeological evidence of ancient southwestern astronomy and calendrical reckoning, and interprets how these discoveries may have related to ancient Native American rituals.

Al, a registered professional archaeologist, has worked in Arizona and New Mexico since 1975 for federal and state governments, private companies, and nonprofit organizations. He is the executive director of Tucson’s nonprofit Old Pueblo Archaeology Center, which he founded in 1993 to provide educational and scientific programs in archaeology, history, and cultures. Mr. Dart has received the Arizona Archaeological Society’s Professional Archaeologist of the Year Award, the Arizona Archaeological and Historical Society’s Victor R. Stoner Award, the Arizona Governor’s Archaeology Advisory Commission Award in Public Archaeology, and other honors for his efforts to bring archaeology and history to the public.

Tonga eruption is one for the record books – News Concerns

Rúpac – “The Machu Picchu of Lima”

Samford professor reflects on excavations at Magdala and Mary Magdalene

Archaeologists stunned at ‘some of most important Roman artefacts found in…