30 August marks International Whale Shark Day, so we’re putting the spotlight on this colossal shark species and the marine conservation efforts aimed at safeguarding them.

Because of their vast size, whale sharks play a major role in maintaining the health of marine ecosystems, and what they do on a day-to-day basis can have far-reaching effects. Let’s dive into the details.

What are whale sharks?

These sharks can grow up to 18 metres long and weigh about 10,000 kilograms. They’re the biggest shark species and among the biggest fish in the ocean – almost twice the size of a great white!

Knowing that this gigantic shark species is swimming around in the ocean may make you want to reconsider your next beach vacation. But, whale sharks aren’t actually beady-eyed predators waiting to sink their teeth into anything that moves – especially because they don’t even have teeth.

What do whale sharks do in the ocean? 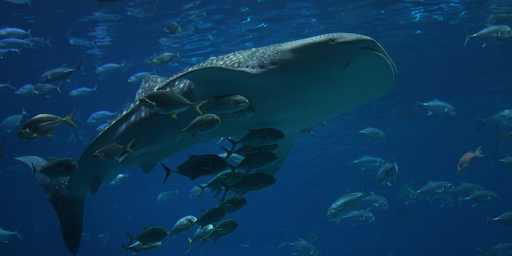 Whale sharks are plankton patrollers. These toothless sharks can eat more than 20 kilograms a day!

When ocean waters are rich in plankton, it shows the water is full of nutrients and the ecosystem is healthy. Since whale sharks prefer waters packed with plankton, their presence is a good indication of a healthy marine ecosystem.

But, whale sharks also regulate the ocean’s plankton levels, and prevent these microscopic organisms from growing without restriction – which can have a negative effect on ocean environments if they do.

What would happen if whale sharks weren’t around? 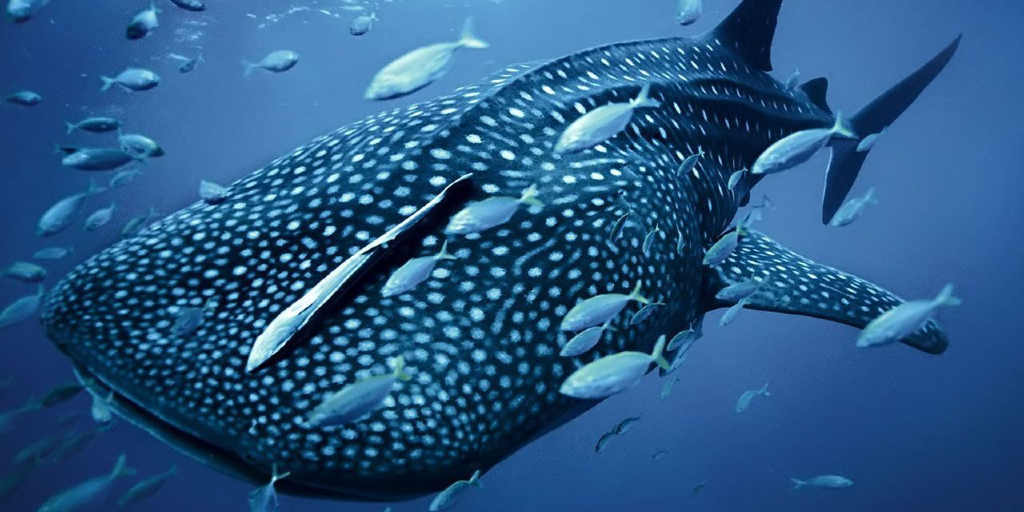 Because whale sharks have no natural predators, they’re considered apex predators. Scientists have observed that in ecosystems where apex predators have become extinct, the population numbers of the creatures that they prey on swells dramatically.

In fact, an overgrowth of plankton could affect every plant and animal in the ocean, because it leads to the formation of algal blooms that have a toxic effect on fish, shellfish, mammals, birds and any animals that eat these creatures – like us. 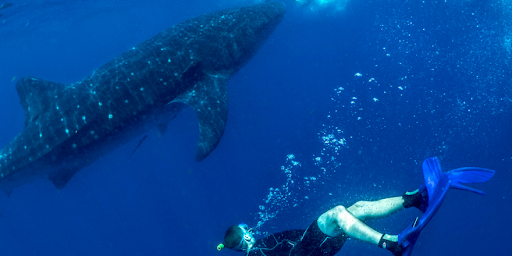 Today, scientists believe that some whale sharks could live up to 100 years. So, if these creatures went extinct, the ocean would lose an integral part of the long-term regulation of plankton levels in the ocean.

With their highly-traded fins and meat, whale sharks are being overfished and poached around the world, and their numbers are decreasing each year.

International Whale Shark Day was established to raise awareness around the importance of whale sharks to marine ecosystems and their dwindling population numbers, and to encourage efforts to conserve the species.

How you can get involved in the conservation of whale sharks

The conservation of whale sharks is important. Not just because it’d be tough for other animals to take on the tasks that these colossal sea creatures manage with ease, but because losing any species within an ecosystem can have a negative impact on every other plant and animal within that ecosystem.

Learning more about whale sharks, spreading awareness about their decreasing population numbers, and joining volunteer efforts that add to their conservation are some of the best ways to get involved.

Check out our international marine conservation volunteer programs and see how you can make a positive global impact this International Whale Shark Day.

What to do in a gap year in Costa Rica

Can Animal Volunteering Bring You a Connection with Nature

Here’s What People Have To Say